You won't be able to escape Ballistic Pig this Hallowe'en! We're playing Official's in Ucluelet on October 26th for their party and Jack's in Tofino on October 31st! So get dressed up and come to one (or both) night for some scary rock and roll fun!

If you're looking for some slightly mellower fun Geoff's got another solo gig coming up on October 24th at The Wickaninnish Inn's Driftwood Lounge and of course Jam Night is every Monday at Jack's hosted by your favourite rockin' pigs.

Hope to see you out in the coming weeks. I'm going to leave you with a few tunes to get you in the Hallowe'en mood

This Thursday, October 17th Geoff will be grabbing his trusty duo of Canadian made acoustic guitars as playing some cover tunes at The Black Rock Resort's Float Lounge in Ucluelet. He's played the room a couple times and it's always been fun. He may be joined on a tune or 2 by our new full-time vocalist Tara so stop in, have some sushi and a martini or whatever and enjoy some tunes. 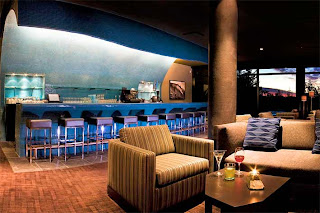 Music will start around 7pm through to last call at 10ish

Speaking of Geoff's solo set, here's a little bit of heresy to get you in the mood


Coming up in October on the Ballistic Pig calendar: Every Monday is jam nights at Jack's in Tofino (of course). Geoff solo at The Wickaninnish Inn's Driftwood Lounge on October 24th and the (new) full band on October 26th at Official's in Ucluelet's Halloween party!
Hope we see you out there at one of these shows. -Geoff
Posted by Geoff Johnson at 13:27

The Show Goes On!

As I mentioned in the last post we're entering into a new Ballistic Pig Chapter (or BPC). We're turning into a 4 piece with full time female lead vocals and our set will change a bit as well. We're still playing a lot of classic rock but are planning to venture into the 80's and 90's a little more and dabble in more pop and dance type arrangements.  We'll still be screaming Led Zeppelin and such (as well as Motorhead and Iron Maiden) but you'll also hear more things like P!nk, Billie Idol, Roxette and the like. We're also hoping to deepen our repertoire of CCR and 50s/ early 60s rock to get everyone dancing and singing along.

Some of the transition is happening pretty quickly and Ucluelet will get its first taste of the new Ballistic Pig experience at Official's for their Halloween party on October 26th. We've also got a show in Port Alberni at The Blue Marlin Inn (formerly The Arlington) on November 15th. I suspect we'll have a weekend at Jack's in Tofno sometime soon too. If you're booking a holiday party or other event you need entertainment for let us know as we've got a couple other tentative bookings and we wouldn't want you to be disappointed.  We're also planning to play weddings in the coming year so keep that in mind.

Finally, New Ballistic Pig (minus Tara because she's out of town) will be hosting the Monday night jam at Jack's in Tofino just like usual. See you there! -Geoff
Posted by Geoff Johnson at 23:53

End of an Era

After playing together steadily for more than a year Chester has decided to head across Vancouver Island and set up in the Comox Valley. In order to keep the rock going Ballistic Pig has already began retooling. Geoff will be playing guitar again, leaving the bass to the newest Pig, Jamie Pigkard. Also, Tara 'Hamila' Halil will be joining us full-time on lead vocals. So the squealing will go on.

A huge thank you to Chester for his role in the creation of this generation of Ballistic Pig. It has been a fun year and we're all fortunate to have found  group of like minded musicians in the village of Tofino. Good luck ahead and feel free to crash our gigs with your Strat any time.
Join Ballistic Pig in saying goodbye the The Old Hamm this Monday for jam night at Jack's. It's going to be Chester's last official posting as a Ballistic Pig so let's make it a good one!
Posted by Geoff Johnson at 11:18