Geoff Opening For Fearing and White this Friday

We had a blast this weekend breaking in our new bass player, Daz at Jack's... He did well and I think we'll keep him. I also played a solo acoustic set at The Tin Wis on Sunday, a little mellower but still a ton of fun, it sounds like I'll be back there quite a bit this summer if all goes as planned (more on that later).

In other news, this Friday I'll be opening up a great show at The Black Rock Oceanfront Resort for Fearing and White. My set starts at 7 and the main event should get started around 8. Tickets and more information HERE 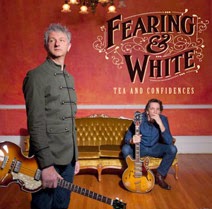 Speaking of the Black Rock, some version of the band (probably Tara and I) will be back there in May 22nd to entertain the Vancouver Island Porsche folks as they roll in... Should be a blast.

Thanks again to the venues and music-lovers who make this "job" so much fun. See you at a show, soon.