It's been a few weeks since the last blog post but the holidays will do that I guess. We had a blast this last little while playing 65th birthdays, Chistmas parties and whatnot. We also had a photo taken for the official Ballistic Pig Christmas Card (Thanks Jill Patterson for clicking the button) 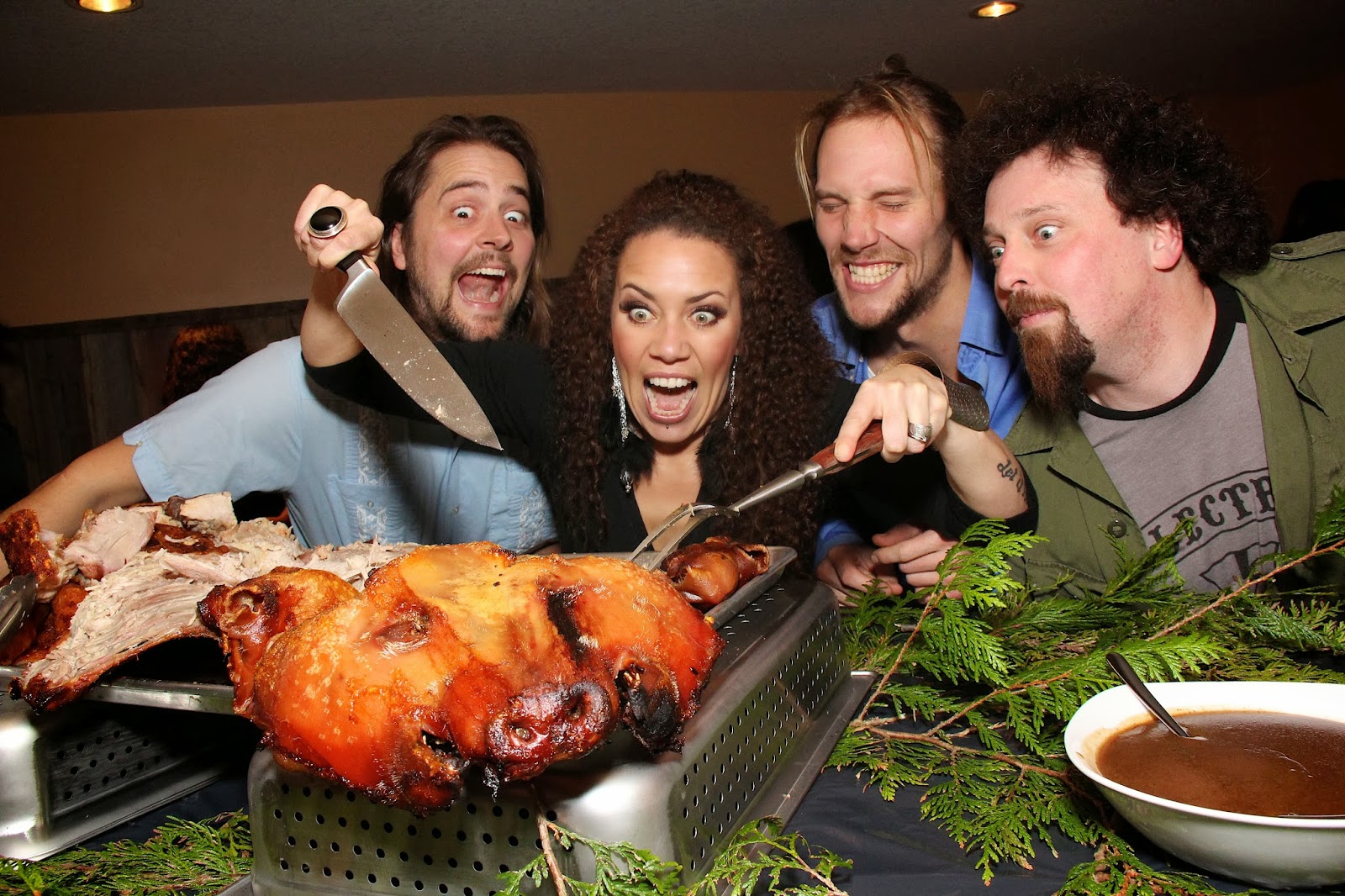 Geoff had a "solo" gig at Jack's this passed weekend but the whole band showed up anyway, we got to experiment with our full-band Acoustic Pig arrangement that is in the works and show off the talents of a few honorary pigs. Thanks to Joel and Jamie (pictured with the band below) for sitting in: 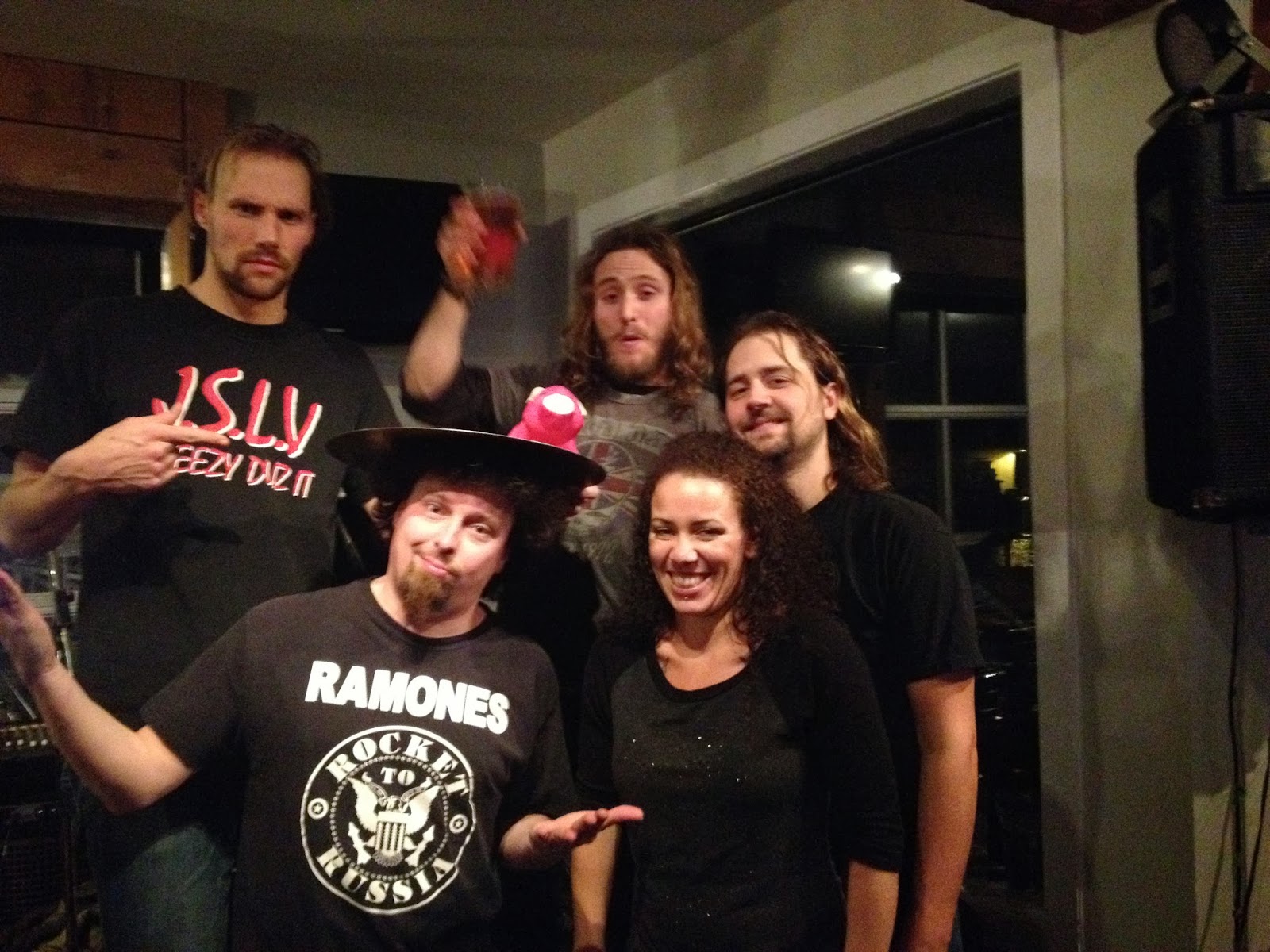 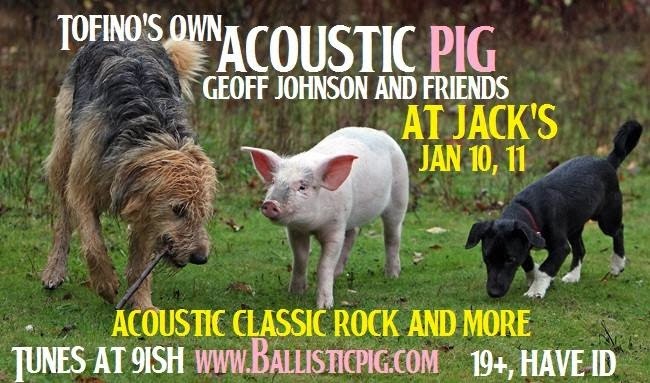 Finally, our next scheduled gig is February 24, 25 when we'll be back at Jack's. Tara's not available for the gig but our one-time guitarist Jonathon "Chester Hamm" Shillam will be coming out so expect some guitar madness!

It was great to see so many locals at our gigs through the winter, looking forward to many fun parties with westcoasters and visitors alike in 2014